Skip to content
Are You a Scientist or a Researcher?

Scientist or a Researcher, which one are you?

Is there a difference between scientists and researchers? Is one an occupation and the other a mission or lifestyle? Does it really matter in the end?

Everyone starts to explore and research at a very early age. If not in the early childhood, then most certainly during high school projects.

Do these early activities define us as researchers, or are we simply learning valuable skills that we will need in life and in the future career? Which might just happen to be a research career.

In my opinion there are many more researchers that scientists in the world, but both work in science.

What’s the difference? Let’s take basic science for example. We all agree that it exists, but there is no such thing as basic research, so there is a difference. Scientists live, breathe and dream science. They never really stop. To a certain extent science to them is very personal. It is a way of life. The creative chaos. Creativity before order.

They find challenges and thrill in the traditional scientific approach that everyone learns about in science or biology classes at school (hypothesis, facts, experimentation and final confirmation or disapproval of a hypothesis). They combine it with a lot of questions, thoughts, mistakes and dead ends with the aim to generate data. Data that they believe will eventually lead to asking the final question that yields the final answer. Answer they have been looking for or never even expected to happen.

All this combined forms my idea of science and the scientists. Perhaps this description is a bit too romantic and old-fashioned, but it’s the way I see it.

Research is more focused and structured. For example, a PhD student who gets a position in an established research group will follow guidelines, methods and a path that has already been laid out or at the very least outlined. This PhD student is a researcher. Research for me means less freedom and creativity (although these are of course still required) and more focus and much clearer goals, e.g. the number of publications in the next couple of years. Not that I underestimate research, but I still see a difference.

Even so, being the head of R&D in a company, I view myself as a researcher.

While research is more likely to be defined as an occupation, with clearly defined focus and goals, the people doing it still have to be scientists in their core. And perhaps the best description of a scientist is a person who still maintains the ability to connect facts, in the way only kids can, while playing with sophisticated instruments.

Scientist or a Researcher, either way it is good to have your data saved in an ELN.

Fill the form and get your free comprehensive SciNote functionalities guide and learn how an ELN can help you keep track of your data. 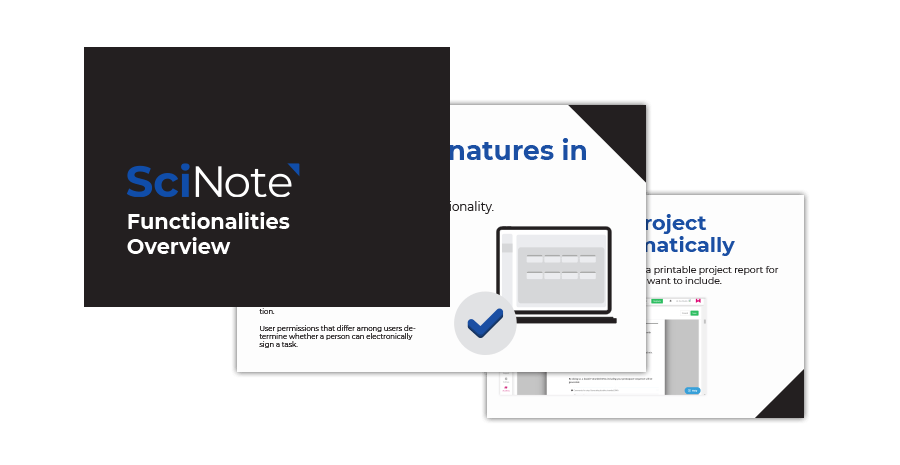